Favourite Thing: My favourite thing to do in science is to explore and understand new technologies that I can use to develop products.

I am a product development scientist for the Nexcare brand.

I passionately help create and develop relevant consumer health care solutions in an ever evolving environment.

Where I work (3M Company), there are 6 big businesses and multiple divisions within each big business, which functions like small companies.

My role in this division  is to develop or adapt new technologies into products for first aid.  This could be looking at the adhesive that goes into your bandage, dressing or tape, or looking at mechanisms to improve wound healing.  There is a lot of science behind some products that most people don’t normally think about.

My prior work experience:

2001-2004 (Doctorate work): Rice starch characterisation.  I been to the rice fields (Yanco, NSW) to work with the scientists in the Australian rice industry.

2004-2008  (Postdoctoral work): Researched on particle engineering – making small particles of drugs and looking at how they behave if they were inhaled. 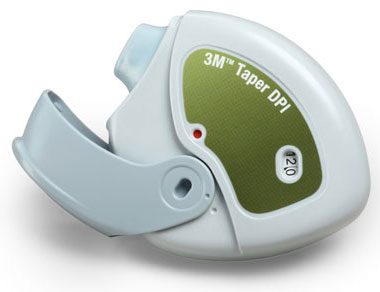 – it is like your asthma puffer but it doesn’t contain propellant (it doesn’t spray, you have to inhale it to trigger).

Performing experiments, writing documents and solving problems when I am not putting out ‘fires’.

When working for a company, there  isn’t a typical day for a scientist.  You may have plans to prepare for experiments, run them or write documentation but there might be a problem somewhere that impacts production of products where you are then pulled in to resolve (the ‘fires’).

When I was leading a product team, I held meetings to discuss various aspects of the project with people in marketing, manufacturing, finance, supply chain, regulatory and clinical.  It took 13 months to take an concept through to manufacturing and launch.  Below is the result, launched this year (I am not plugging this product because it is not available in Australia):

Within 3M, we also have seminars available to attend (to learn the latest cool things from other scientists, companies or academics) as well as other business related meetings.  It can be a nice break from your regular work so you can recharge your mind.

Start a website to educate and engage with students on STEM careers (as well as entrepreneurial suggestions).

A lot of career advice and discussions typically occur around when students are already at university.  I believe that the earlier you understand what is involved in a STEM career (STEM = Science, Technology, Engineering and Mathematics), the better you can plan on what to study while in high school and make informed choices into what to study at university should it be something you are interested in.

I also feel that some entrepreneurial websites are pitched at people who have at least finished high school and it would be good to be written for and discussed with students still at school.  Entrepreneurial skills can be used within companies (where you become an Intrapreneur).

As I am not in Australia, the best way for me to do science outreach for Australian students me would be online.  The money would be used to host (it will be ad-free until funding runs out) and code the website where people from industry and academics can post what they do and see in their careers (including myself) as well as an environment for students to talk to different levels of people, hopefully, from those who are in school, studying at university and those working.

The aim is not to have something like this (I’m a Scientist) but hopefully more of a resource to show what science careers is about.

The Smashing Pumpkins / Billy Corgan for his unique voice

Non-work related: Perform in a vocal group to total strangers in a shopping centre. Work related: Brainstorming sessions to come up with new ideas for products.

1) Be able to visit my parents more often (they are still in Australia). 2) Not to worry about money (home and work). 3) Play in a professional sport, even only for one match.

Originally when I was younger, I wanted to drive taxis because it would be so cool to drive all day and get paid for it but then I got hooked on this TV show called ‘Beyond 2000’ and then I wanted to be able to make things with cool technologies. Didn’t know how to do that at the time but felt science was the way.

Once in primary school my friends and I climbed through a hole in the fence to play tennis on the school courts during lunch time before the teacher unlocked the fence. We were sent to the principal’s office for this offence. Became a tennis team captain a year later though.

Knowing that I have contributed to the collective knowledge that scientists gather and sharing that knowledge with others.

Q: What do you call a joke that is based on cobalt, radon, and yttrium? — A: CoRnY.

I follow a lot of different sports, but I don’t get to watch much Australian sports anymore.

I typically support the local team (such as Minnesota Twins (MLB)/Timberwolves (NBA)/Vikings (NFL)/Wild (NHL)) but for State of Origin, I still support the Maroons and Australia for Cricket.