Favourite Thing: Discovering new fossils. It is fantastic to crack open a piece of rock and see something no-one has ever seen before.

Our Lady of Mercy Paramatta (NSW)

Major gaps remain in our knowledge of the origin of novel vertebrate structures such as the mineralised skeleton; jaws and internal fertilisation. The fossil group I study are palcoderms, the oldest verterbates with jaws and paired pelvic and pectoral fins  .

Fossils provide direct evidence for major evolutionary transformations, as shown for example by our recent  discovery; that of demonstrated live birth, providing the earliest evidence of advanced reproductive structures including the presence of fossil embryos and an umbilical cord 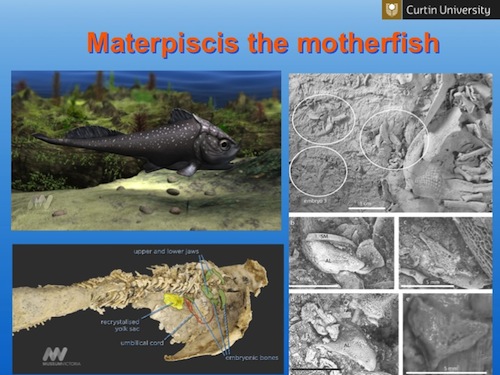 We named this fossil after Sir David Attenborough 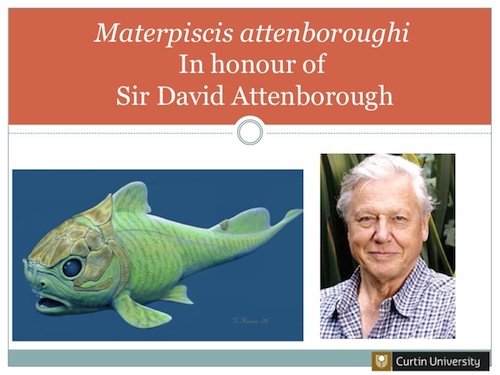 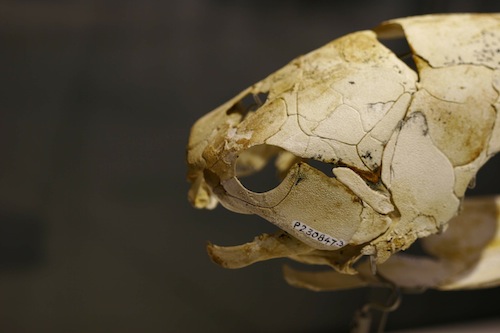 through an unprecedented 3D study,

and  new synchrotron imaging of fossils 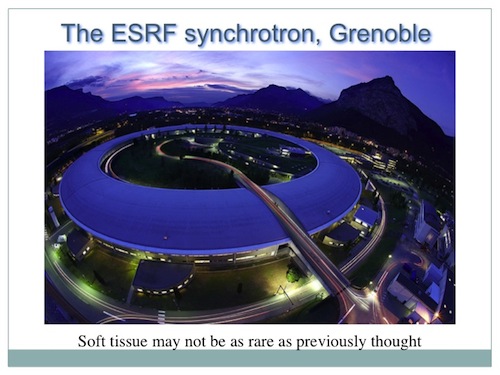 allowing us to reconstruct fossil anatomy at the sub micron level .

This accuracy, not previously possible enables the construction of integrative hypotheses linking molecular and morphological evolution

I dont have a typical day, that’s what I love! Sometimes I am doing field work seraching for fossils, other days discussing research with my team and students or preparing fossils from the rock, using the micro-CT scanner or writting a paper. everyday is an adventure

That I could find a complete conodont in Australia, I had x-ray vision so i could see which rocks had good fossils in them without having to break the rocks, that i could see in living placoderm

What do you call a blind dinosaur? I don’t think he saurus (saw us)